Almost all ships afloat today have a diesel engine of some sort on board. Even the LNG carriers that use boil off gas from the cargo to run steam turbines will have auxiliary engines or emergency generators and it is only a handful of small battery powered vessels that do not have to take on fuel at some time.

Diesel engines are very versatile machines and from the very early days have been capable of running on many different types of fuel from mineral oils, biofuels, alcohols and even elemental hydrogen. That said, all fuel types have particular characteristics that must be coped with in terms of delivery to the ship, storage on board and treatment prior to combustion. 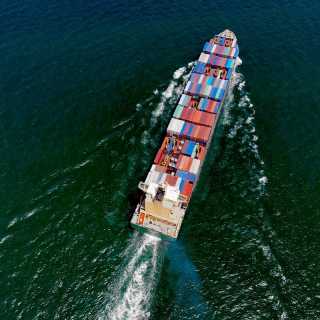 Over the years, mineral oil fuels have become categorised and in 1987 were listed under an ISO standard – ISO 8217 – which has been updated from time to time with the latest version dated 2017.

Historically motorships have run on either residual fuel oil or distillate fuels such as marine diesel oil (MDO) or marine gas oil (MGO). The fuels are listed in ascending order of price, so it should be no surprise that owners of the vessels consuming the most fuel generally opted for fuel oil with diesel oil and gas oil being reserved for smaller vessels and the auxiliary engines of larger ships. It should be noted that even ships which ran most of the time on fuel would often switch to using MDO when entering or manoeuvring in port because the fuel system could better respond to sudden changes in engine direction or power output when using a lighter fuel.

Until 1995, there were no controls on the exhaust emissions from ships but that changed with the advent of MARPOL Annex VI and its timetable of emission reduction rules. Even then the controls were not particularly stringent, and it was only with the revised Annex VI coming into force in 2010 that SOx reduction took on the importance it has.

SOx is associated with the sulphur content of fuels which is typically highest in residual fuels unless the fuel has undergone expensive desulphurisation treatment at the refinery. With the advent of sulphur emission control areas (SECAs) it seemed that distillates would be the way to go but considering the premiums such fuels attract, it is little wonder that exhaust gas cleaning technology – more commonly known as scrubbers – seems to be gaining devotees.

A scrubber may allow a ship to continue to operate on HFO with a sulphur content well above what would otherwise be allowed under MARPOL or local regulations but the ship will also need other compliant fuel on board for auxiliary engines that do not run well on heavy fuels or for when the scrubber is undergoing maintenance of inoperative.

There has also been a concerted effort to promote LNG as the fuel of the future and there are increasing numbers of other alternatives; LPG, methanol, ammonia, hydrogen as well as animal and vegetable biofuels also being suggested. On the lube front too, development is bringing about synthetic and bio-degradable products aimed at reducing reliance on mineral oils and protecting the environment.

In 2016 the IMO set the date for the last of the current deadlines in fuel regulation for 2020. The reduction to an equivalent 0.5% sulphur content in fuels globally combined with the 0.1% in ECAs and, under local regulations, some ports outside of ECAs will cause a very expensive time for owners with some suggesting an extra $60Bn bill for the industry.

The changes in the regulations for sulphur content have not yet been reflected in the ISO 8217 standard which still list the sulphur content for distillates as ranging from 1.0% to 1.5% which is of course far in excess of the 0.1% that applies in ECAs. However, for residual fuels, the standard says the sulphur content must comply with statutory requirements as defined by purchaser. The International Standards Organization is addressing the issue which is expected to become even more pressing with the 0.50% sulphur limit in 2020.

Some care needs to be taken when referencing ISO 8217 since some owners prefer to specify a particular version of the standard rather than the latest when ordering fuels. Although the basic parameters remain very similar between the different versions there are subtle differences.

Not all ships burn HFO, but it is true to say that the vast majority of modern deepsea bulkers, tankers and container ships are equipped with engines that can make use of fuels with viscosities up to 700cSt. Even so, most will not regularly use the heaviest fuels but will opt for something in the 380cSt or 500cSt range. This is certainly a lighter fuel, but it is still much heavier than the 180cst that used to be the standard marine HFO.

Demand for distillate fuels by users from all industries is now so great that the residual fuel from many refineries is heavier than it used to be. The 2020 sulphur rules will further increase demand for distillates as the only option for ships that are not equipped with scrubbers or dual fuel engines.

To make the heaviest residuals usable it is sometimes necessary to blend them with lighter oils. Blended fuel may have the superficial characteristics of an oil lighter than the heaviest residual fuel used in its production, but it does not necessarily behave in the same way under operational conditions. The main problem is that the lightest part of the fuel will combust in the engine much earlier than the heavy parts, which, under some conditions, may not combust at all. This will result in power loss and engine fouling. Fortunately, there are technologies that can help overcome this.

The need to carry different fuel types for operation inside and outside ECAs as well as for main and auxiliary engines has meant that ships now need more bunker tanks than used to be the case. The question of tank space is something that needs to be addressed at the newbuilding stage or for existing vessels by modification of existing tanks. In addition, fuels such as LNG and ethane which must be stored under cryogenic or high-pressure conditions need very different handling and treatment procedures which must be learned by those among the crew and bunkering personnel responsible for such matters.

Poor quality bunker fuels have always been a problem but in recent years the number and types of problems seem to have multiplied. Some of this is due to the refining processes necessary to meet demand for distillates, some is due to incompatibility of blended fuels – especially if biofuels are involved and some is because of deliberate acts of bad practice. The latter involves cases of contamination by chemicals or used lubricating oils.

Given the cost of bunkers and the extensive damage that can be caused by contaminated products, it is not surprising that fuel testing has become an essential tool for prudent ship operators and this too is an area where great technological strides are taking place. Fuel testing can be done by shore laboratories but more and more ships are testing onboard. It is good practice not to use any fuel until it has been tested and also important not to load the fuel into tanks that already contain fuel.

When introducing SECAs and as a consequence of the initial belief that no SOx reduction technology would be available and therefore no emission measurement necessary, the control system decided upon by the IMO to prove compliance revolved around the declared sulphur content being shown on bunker delivery notes. The notes are backed up by samples to be used only for official investigations into alleged breaches of the SOx regulations. The IMO has published guidelines for the sampling procedure which would be familiar to most ships where there is a practice of fuel sampling laid down for quality purposes.

It is usual for ship owners, when ordering bunkers, to at least insert clauses to the effect that the fuel oil supply process is to be in accordance with the requirements of Annex VI and with specified maximum sulphur content appropriate to the particular intended future area of operation.

Annex VI is not the only aspect of MARPOL applying to bunkering procedures. Bunkering connections for oil fuels must be fitted with save-alls to retain any spills during bunker loadings and it is good practice to take further precautions as well. Most safe management systems required to comply with the ISM Code would recognise bunkering as a key shipboard operation, a potential emergency situation and a potential threat to the environment. It would therefore be expected that a written procedure is in place and pollution control materials ready to hand and scuppers plugged. Crew engaged in bunkering operations should also be on the lookout for fraudulent activity such as barge crews introducing air into the bunkers being pumped to fool flow meters.