Scrubber wars — Vested interests and the double-edged sword of science

Nobody can be unaware of the increasingly acrimonious debate that is going on over the use of scrubbers for meeting the 2020 global cap on sulphur.

Recently the debate has even spilled over from shipping circles and made an appearance in the mainstream media where predictably the use of scrubbers was portrayed as a way that shipowners can cheat the system and continue polluting. Perhaps that was not unexpected as several shipowners and other bodies which oppose the use of scrubbers have expressed similar sentiments as well. 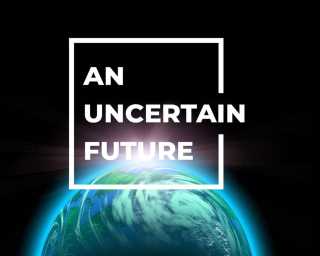 Want to learn more about scrubbers? Join us at The ShipInsight Conference

The arguments for and against scrubbers are well known within the industry. For proponents of exhaust gas cleaning it is the potential to carry on operating using the cheapest available fuel for the ships while addressing the issue of atmospheric pollution. For opponents it is the potential for scrubbers to undermine the competitiveness of non-equipped ships burning more expensive fuels while- as they see it – merely transferring the pollution from atmosphere to sea.

Arguably for ships that do not have scrubbers there will be an additional issue that has not fully been addressed yet and that is the ability for ships to segregate fuel supplies. This is an issue that BIMCO will be looking at when it ponders new charter party clauses later this month. Several fuel suppliers have promised that 2020 compliant fuels will be available but whether they will be compatible across different suppliers is as yet an unknown. It may be that ships will need to be modified to divide tank space so that different supplies can be kept apart from each other.

When Annex VI which regulates emissions to air was first postulated it was not expected that shipowners might want to incorporate technology into their ships that was already commonly used in shore-based power plants. However, that assumption was changed and acceptance of exhaust gas cleaning systems dates back to 1997 although the guidelines for their use were not adopted until some time later.

The IMO’s piecemeal regulation of different types of exhaust gases has been a major headache for shipowners, engine makers and equipment suppliers since control of one gas has often had implications for other gases in the exhaust stream. Nevertheless, the problems have mostly been overcome even if the resulting compromise in terms of different technologies is not the most satisfactory.

Looking at the particular issue of SOx, the objections to it have largely been on grounds of its effect on human health and its potential cause acid rain. Ironically there have been serious suggestions that controlled release of sulphates into the atmosphere could be a geo-engineering solution to global warming caused by CO2 emissions.

SOx is considered one of the most dangerous of the exhaust gases to human health and many premature deaths are attributed to it. Sources of SOx are fossil fuel combustion, smelting, manufacture of sulphuric acid, conversion of wood pulp to paper, incineration of refuse and production of elemental sulphur. Coal burning is the single largest man-made source of SOx accounting for about 50% of annual global emissions, with oil burning accounting for a further 25-30%. Shipping may be a large producer of anthropogenic SOx but it is by no means the largest as more oil is burned for power production than for ships’ fuel and while some states have strict emission limits for shore-based sources, abatement practices are not universal and are sometimes ignored.

A 2016 WHO report suggested that 92% of the world population breathes polluted air and says a toxic environment is responsible for at least 1 of every 4 deaths reported worldwide. Two thirds of those deaths are attributed to poor air quality.

Those people would have died eventually of course and to what extent lives were foreshortened is not determined. Arguably without the benefits of modern life that the causes of air pollution bring (better production and transport of food; manufacturing providing employment and alleviating poverty; production of energy to provide heat or cooling; producing materials to provide homes, hospitals, schools etc) the expected life span of individuals may well have been much shorter.

A toxic environment and air pollution are not necessarily due to burning fossil fuels and other industrial activities. There are several studies which highlight the fact that most people spend as much as 90% of their time indoors and that indoor air quality can be up to five times worse than outdoor air. This is due to the cleaning and cosmetic products used in homes, cooking, dust and even emissions of VOCs and formaldehyde from glues used in production of MDF furniture.

A properly functioning scrubber will remove the SOx from the exhaust but except in a closed loop or a dry scrubber it will ultimately be released into the environment. This is done by way of the wash water that is disposed of from an open loop scrubber. Critics of scrubbers say that this is how the pollution will be transferred from air to sea. There is some merit to this argument but again it needs to be considered in a more dispassionate manner.

All scrubbers must treat the wash water to remove sludge before discharge. This means that the wash water from even open loop scrubbers is not transferring all of the pollution from exhaust to the sea because most of the solid matter is diverted to the sludge tank for later disposal. The IMO has laid down standards for wash water from sulphur scrubbers, but some criticise these for being a little vague in some areas.

By contrast the US rules say that ships with exhaust gas cleaning systems must have a VGP in order to discharge SOX scrubber wash water. Wash water must not contain oil, including oily mixtures in quantities that may be harmful as defined by MARPOL Annex I, meaning the discharge must comply with the 15ppm oil-in-water limit. Sludge generated from scrubbing must not be discharged to sea. The EPA also recommends that ships follow the wash water criteria set out in section 10 of the IMO Exhaust Gas Cleaning Systems Guidelines.

Inevitably there will be some solid matter that is discharged but most attention is focussed on heavy metals and polycyclic aromatic hydrocarbons (PAHs). As with most airborne pollutants, PAHs are not uniquely linked to shipping but occur naturally and are also produced when burning any organic material. The dominant sources of PAHs in the environment are from human activity: wood-burning and combustion of other biofuels such as dung or crop residues contribute more than half of annual global PAH emissions, particularly due to biofuel use in India and China. Industrial processes and burning fossil fuels make up about 25% of all PAHs. A 2011 scientific study suggested that PAHs exist in substantially higher concentrations in Asia, Africa, and Latin America than in Europe, Australia, the US, and Canada.

However, it is the acidity of wash water that seems to be the biggest criticism. The IMO guidelines say that the wash water pH should not be lower than 6.5. Seawater typically has a pH of between 8.2 and 8.4 so scrubber wash water is undeniably more acidic that the environment it is being discharged into.

Exactly how much more acidic will depend upon the local pH and the pH of the wash water. The pH scale is logarithmic which means that each whole pH value represents a factor of ten. On that basis, being two whole values less than seawater, wash water is almost 100 times more acidic than seawater. That may sound frightening and a concerned person may question how sustainable scrubber use can be.

Surprisingly the answer may be more sustainable than at first thought. The amount of wash water from scrubbers that will be discharged is but a tiny fraction of all the rain that will fall into the oceans and yet with a typical pH of 5.6 almost three whole values different, rain water is almost 1,000 times more acidic than the ocean. In addition, underwater volcanoes which are common around the globe produce even more acidic conditions.

One factor that opponents of scrubbers may be overlooking but which was on the agenda at MEPC 73 is that of the wash water from Exhaust Gas Recirculation (EGR) scrubbers. EGR is one of the methods used for control of NOx to Tier III levels and is a fairly recent development for marine engines particularly for large two-strokes.

Before the exhaust gas can be recirculated it needs to be cleaned of contaminants and this is done in a scrubber similar to that used for SOx removal. A two-stroke engine running on 2020 compliant fuel may well incorporate EGR for NOx control and will therefore have to deal with the bleed off from the scrubber.

At MEPC 73, Resolution MEPC.307(73) was adopted and sets two standards for the bleed off water; one for ships running on conventional HFO where the water must meet the standard for SOx scrubbers and one for 2020 compliant fuels where the standard is the normal 15ppm for oily waste. It could be argued that EGR systems are also polluting although maybe not to the same extent as SOx systems.

An interesting feature of the current polarised debate is that both sides have referenced scientific papers in support of their positions. For that to be possible it is clear that there is no consensus on the long-term effects of scrubbing one way or the other. Perhaps it will be necessary for a regular review of the effects scrubbing and also of the new fuels that are being developed. What is certain is that shipping is entering a period in which multiple options for power and propulsion will be available and there will be winners and losers in the competition stakes.

What a crazy world we’re living in

I am not captivated by carbon capture

Managing a crisis: Covid-19 and the threat to Critical National Infrastructure