Shipowners planning to have scrubber installations on existing ships in time for the 1 January deadline may be disappointed recent developments suggest.

Analysts Alphatanker said in its latest report that ‘The past few weeks have seen a number of tonnage owners release statements indicating that their scrubber retrofitting programs were falling behind schedule. Notably, Diamond S Shipping has revealed that scrubbers on 3 of its Suezmaxes will not be fitted until 1Q20, from the original estimate of 4Q19. Meanwhile a number of non-publicly listed companies have revealed to Alphatanker that certain Chinese yards are running behind schedule due to the longer-than-expected installation time of scrubbers.” 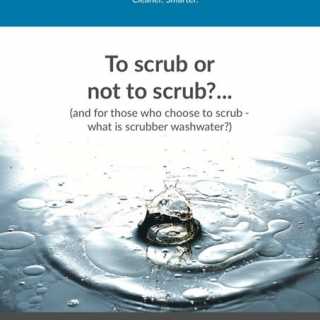 Diamond S Shipping’s CEO Craig Stevenson admitted during a recent investor meeting that the three installations had been moved and said that on average installations were taking at least two weeks longer than the quoted 25-30 day periods. At the time of delivering the report results, two ships were currently being fitted with scrubbers.

A surge in sales of scrubbers through late 2018 and into this year has meant that scrubber numbers are expected to exceed the figure from the report the IMO used to justify the 2020 date. Earlier this year leading makers Alfa Laval and Wärtsilä reported a slowdown in sales but said that capacity restrictions were mostly the cause rather than declining interest.

Standard Club warns on scrubber use in Turkish Straits

Getting ahead of the curve