It’s more than a numbers game

Pick a number. Any number. Don’t tell me what it is. Those are the starting words of countless supposed mind-reading tricks that eventually – after a lot of doubling-it and subtracting-the-number-you-thought-of-from-it – reveals only whether the magician or volunteer are any good at mental arithmetic.

What puzzles like that do have, however, is logic. You start with a number and you end with something related to it. When you think about it later, the route through the maze was well charted and the outcome was a natural result of the available information and of the mathematical process. 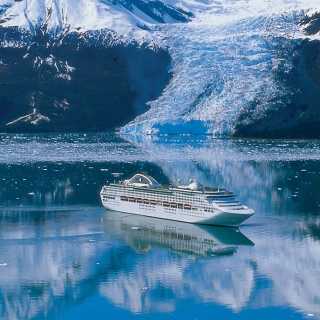 Prevention of Pollution by Sewage from Ships – Rules and Realities

Sewage pollution control was the first environmental initiative in history. Technologies and regulations for the land-based was…

That is more than can be said of the discussions during last week’s IMO Marine Environment Protection Committee when discussion turned to the Energy Efficiency Design Index (EEDI) and proposed changes for a range of ship types.

At the heart of the discussion was a an interim report from a correspondence group (CG) reviewing EEDI beyond its current Phase 2 towards Phase 3 and possible Phase 4 requirements, which would set lower values for EEDI.

There have been a number of CGs looking at EEDI over the past couple of years and this one was established by MEPC 71 in July 2017 “to review the status of technological developments relevant to implementing the EEDI regulations beyond Phase 2.” It was tasked to deliver a progress report to MEPC 72 in April this year, an interim report to MEPC 73 and a final report to MEPC 74 in May next year.

Its raw material was to come from three sources: an EEDI database of ships’ attained EEDI values that had been reported to IMO, along with “publically available and verifiable [my emphasis]” information from yards, designers, engine makers and others, plus “such other publically available and verifiable [my emphasis again] information as the [CG] identifies as being relevant.”

Simply put, its remit was based around data that could all be checked back to its source, just like the numbers in a mental puzzle.

The problem was that there were big holes in the data and the CG group warned MEPC about the difficulties of forming conclusions based on it.

For a juggernaut like IMO, that is a problem. So delegates started guessing. That may seem a harsh term, but I cannot think of any other description of what I saw happening in the debating chamber as I sat in the viewing gallery.

I reported the details of this discussion at the time so I will not repeat them here. One of the parameters being decided was the date when the next phase would come into effect for different ship types. It seemed as though many delegates felt that a decision was needed so, unlike the CG, delegates did not seem concerned by the lack of data and plucked figures out of the air.

I made a note to myself in my notebook – “Is this the way to make decisions?” – as the chairman periodically assessed the views expressed and announced the meeting’s decisions on the start dates for some categories of ships: container vessels, tankers, bulk carriers and general cargo.

But when discussion turned to ‘other ship types’, Japan’s delegation spoke out, pointing out that after two sessions of discussion, the CG believed it had insufficient data to make a decision. “If the committee is going to make any decision this delegation has a very serious concern because the committee has not made any examination of the possibility of adverse effect on the industry,” it said. That opened the gate for others to fall into line behind Japan.

EEDI was not the only parameter under review and on which decisions were being made and there were genuine concerns expressed that the effect of the decisions being made could have serious implications for future ship designs.

I don’t have time to go into more detail about the discussions or MEPC’s final decisions on this topic, so don’t take these remarks as representing a full report on them. It isn’t. My point today that this is not how decisions at this level should be made.

If the data is not enough to make a decision on something as critical as the date that the next phase of EEDI will be introduced, then get more data. And if shipowners are not providing IMO’s database with enough information, they should be asked to do so.

Who by? Their flag states would be an obvious choice. But where do you find a flag state when you need one? And how would you get representatives of them together to discuss the difficulties posed by this lack of data?

If only there were a venue somewhere in the world where they could all come together and agree how this could be managed, the need for guesswork could be avoided. If you know of such a place, please let me know.