It is now two years since the rollout of ECDIS to all ship types mandated to carry it under SOLAS and even the most reluctant shipowner should be seeing some of the benefits that new technology can bring. You can read the first of this series of articles here.

There was always going to be some resistance to any regulation that adds to costs and mandatory ECDIS did undoubtedly have a price tag. The cost of the equipment itself is a just a fraction of a ballast treatment systems or a scrubber, but as standards change it is expected that systems will need to be replaced at least once and probably three or four times during a ship’s working life. 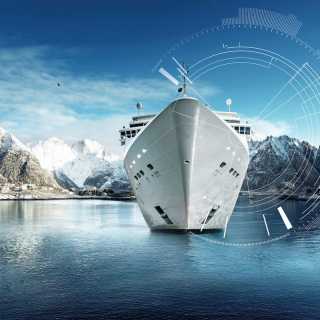 What exactly is e-navigation? An overview of the journey so far

When ECDIS was made mandatory the biggest cost for an owner were described as the training needed for navigators to use the equipment, the electronic navigation charts (ENCs) and the updating of ENCs. Undoubtedly these were new costs but maybe not as large as first thought. (adding: in addition, if sailing paperless, the cost of ENC

With regards to training, many ships had been using ECDIS before it was made mandatory so presumably most navigators on those ships were already trained. As seafarers frequently move between companies and ships, several of those joining ships that were buying ECDIS for the first time were likely to have had some experiences. Furthermore, younger navigators had probably been given basic training at maritime academies when they were starting out on their careers.

The cost of ENCs is an extra expense especially as SOLAS rules require a back up to the ECDIS which can either be another ECDIS or a paper chart system. If paper charts are chosen rather than buying a second ECDIS then the ship will need to have both paper and ENCs for the routes it is sailing. The cost of each type is approximately the same but whereas a new paper chart has to be physically produced and delivered, an ENC can be sent as a simple data file.

Ships, especially those trading on spot markets where cargoes and routes are constantly changing, often procure and carry more charts than they may ever use. By contrast a ship using just ENCs and using a service such as NAVTOR’s PAYS (pay as you sail) only ENC’s for areas sailed through will be charged.

The pay as you sail concept is not unique to NAVTOR but there are different ways such services operate. Under NAVTOR’s PAYS, all of the ENCs stored in the ECDIS can be accessed and there does not need to be a prior request for the license as all the ENCs are already licensed and open in the ECDIS. The ENC’s is also automatically updated, and all new ENC’s, new editions of ENC are automatically distributed and licensed.

PAYS also allows ENCs to be viewed and used for passage planning at no cost unless and until the ship physically enters the area of the ENC. PAYS has obviously proved popular as more than 70% of NAVTOR’s clients are signed up to it.

Both ENCs and paper charts will need to be kept up to date. Navigators will know that updating paper charts using notices to mariners and tracings is a time-consuming task but the ENCs in an ECDIS can be updated automatically using data transferred electronically. This coupled with the ease of obtaining ENCs makes compliance with SOLAS requirements much easier.

Around a third of all PSC non-compliances relate to navigation with most of those relating to a lack of current charts or nautical publications. Since most electronic updating services also cover the nautical publications required to be carried on board, subscribing to such a service would seem to make perfect sense. Too many non-compliances or even just one serious problem can result in a detention of the ship. Even if the ship is not detained immediately, the problem must be rectified in short order otherwise detention at a future port is almost assured. Updating a few charts might be done at little cost but sourcing and despatching any missing items can be expensive.

What is not clear from the raw PSC statistics is whether ships with mandatory ECDIS are less prone to non-compliances that ships that are not obliged to use ECDIS. No cargo ship under 3000gt built before 2014 needs to have an ECDIS, neither do passenger vessels under 500gt or dry cargo ships of under 10,000gt built prior to July 2014.

There are somewhere between 25,000 and 30,000 ships that fall within those categories in the world fleet, but many will not be targeted by PSC as they trade only domestically or in areas where PSC is lax or even non-existent. Although they are not required to carry an ECDIS many do and that fact alone suggests the owners involved show more commitment to safe vessel operation than those that do not.

The huge number of ships above plus fishing, workboats, tugs and leisure craft required to carry any electronic navigation equipment and not really suited to e-navigation will pose problems for port and state authorities that wish to introduce mandatory e-navigation control of marine traffic. That is especially true as more sophisticated e-navigation possibilities such as vessel data sharing become available.

Several of those vessel types will be operating in quite defined areas and the navigators onboard quite often will not rely on any charts whatsoever to go about their routine business. For the ships that venture further afield, the question will soon be whether or not paper charts will still be available.

In the US, NOAA which is responsible for navigational charts has decided to end the production of paper and raster electronic charts by 2025. Should other national hydrographic bodies decide to follow suit, an ECDIS or at the very least a simple version will be the only options available to ship operators.

Updating the chink in the armour of e-navigation

The easy updating of ECDIS was always a plus point for shipowners but more recently, ECDIS has been identified as potentially vulnerable to cyberattacks. An ECDIS can be updated by various means depending upon the model but since all involve loading data into the ECDIS, some means of security is desirable.

In an integrated bridge system that includes and ECDIS, the OEM may have installed some form of security system but these are quite new and so not all ships will have been fitted with them. Where an ECDIS has been installed on an existing ship it may be connected to some other equipment but not all. In a connected situation, a cyber breach on the ECDIS could affect other systems as well.

NAVTOR has developed NavBox for managing all of the ENC and nautical publication updating and other correspondence regarding ENC usage. ​NavBox has been certified as being cyber secure and type-approved by DNV GL to IEC 61162-460 standard. This should give some comfort to owners as it protects any connected systems.

So far cyberattacks that have been suffered by ships have not been publicised as compromising the vessel, but the threat is there and in the era of growing connectivity any attack could have safety consequences.