Next year will pose new problems for those concerned with the operation of marine engines as the IMO’s sulphur cap regulation takes effect. While most attention has been focussed on fuel choices, the implications for engine lubrication must not be overlooked. It is important that engine OEMs and vessel operators consider their route to the right compliance option for them.

If all engines – main and auxiliaries – in all ships and other craft in the world fleet are counted together it would be four-stroke engines that account for the greatest number. However, most of the cargo carried is by ships fitted with a two-stroke low-speed main engine as this is the default selection for the world’s bulker, tanker and container fleet as well as many mid-size vessels. Such is the popularity of this type of engine for cargo vessels that engine makers have been obliged to overcome all of the difficulties and against the odds have also developed dual-fuel versions of them as the shipping industry moves towards a future where power will come from more and cleaner fuel types. Dual-fuel vessels, whether two- or four-stroke still only constitute a very small part of engine numbers in use. 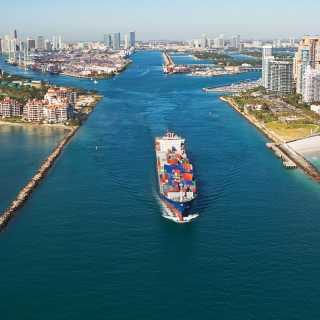 This webinar is now available as an on demand recording. Featuring industry experts from Chevron Marine Lubricants the webinar …

In any mechanical device when metal parts are in motion, there will be a need for a lubricant. Lubricants form a film between the moving parts and reduce friction, thus also reducing heat and in some cases also help keep the machinery clean by removing sludge and deposits.

There are many similarities between vessel four-stroke and two-stroke engines with a similar combustion process but when it comes to lubrication there are some very important differences. In a four-stroke engine and in a small number of niche two-strokes models, the construction of the engine allows the lubricant used in the crankcase to also lubricate the cylinder liner and piston interface.

However, the vast majority of two-stroke engines used in the marine sphere are of the crosshead -stroke type. In this type of engine, the combustion space (formed by the cylinder liner, piston and cylinder head), and the scavenge space are separated from the crankcase by a diaphragm plate. This means that the crankcase lubricant is kept separate from the cylinder area where a very different lubricant needs to be used. The cylinder lubricant has two functions; firstly to provide an oil film in the cylinder liner to reduce abrasive wear, and secondly to neutralise acidic combustion by-products generated from the sulphur contained in the fuel through the BN or alkaline base number in the lubricant.

Unlike crankcase oil which degrades over time and which needs to be replaced at intervals, cylinder oil is consumed during combustion and replaced every few revolutions of the engine. In older engines the feed rate for the cylinder lubricant would have been set manually but in more modern engines it is automatically controlled by computer-controlled lubrication systems taking into account the load on the engine and the sulphur content of the fuel.

A cylinder lubricant must be able to deal with much harsher conditions than crankcase oil both in terms of acidity of the fuel and the much higher temperatures associated with the combustion chambers of the engine. In HFO, acidity of the fuel is directly related to the sulphur content so a fuel with a sulphur content of 3.5% by weight produces more acid than a low-sulphur fuel.

A typical cylinder lubricant will comprise a mineral oil with an additive pack of detergents and alkaline components to neutralise the acids formed when sulphur in the fuel is combusted. All lubricants will have a base number or BN. A lubricant’s BN measures its potential to neutralise the acidic products formed during combustion. The BN is often referred to as “alkalinity.” More specifically, it is the quantity of acid — expressed in terms of the equivalent number of milligrams of the alkaline potassium hydroxide — that is required to neutralise all alkaline constituents in one gram of sample. A BN of 70 for a typical slow-speed engine cylinder oil means that a quantity of acid equivalent to 70 milligrams of potassium hydroxide is required to neutralise the alkaline additives present in one gram of this oil. The detergents in the lubricant help to control deposit formation. Deposits on piston rings and the piston crown can cause ring sticking or lacquering and will degrade the engine performance causing lack of compression, blowby and increased ring and liner wear.

Fuel oil quality varies and with the additional constraints of ECAs from 2005, the need to switch cylinder lubricants frequently to deal with different fuel oils and distillate fuels became imperative. Mostly this was done using cylinder oil of 70BN when operating with HFO and an oil of 40BN when using MDO or MGO. If the BN is too low, then higher quantities of lubes may be necessary to avoid corrosive wear.

Slow steaming is another factor that affects cylinder oil. Running the engine at low loads and lower temperatures means that some of the sulphuric acid produced during combustion condenses rather than being expelled through the exhaust. This is the cause of cold corrosion and to combat it a higher feed rate to introduce more neutralising BN or a lubricant with a higher BN may be a more cost-effective option.

From 2020 when the IMO’s global sulphur cap kicks in a majority of ships will not be using the higher sulphur fuels that are currently permitted but they may instead be using a variety of compliant fuels which have very different characteristics. Ships with scrubbers will still be able to burn fuels with high sulphur content and lubrication procedures will continue much as they do today although higher pressures and temperatures related with scrubbers may mean changes. The rules which govern sulphur content in fuels allow scrubbers to be used providing they can remove sufficient SOx to equal the emissions of engines burning compliant fuels, so it is possible for ships with scrubbers to burn fuels with even higher sulphur content than the maximum allowed in fuels.

However, some ports and states are considering restrictions on scrubber use and it may well be that ships with scrubbers will have to regularly switch to low-sulphur fuels and there will then be a need to ensure that the cylinder lubricants used match the fuel in use at any given time, there is no ‘one size fits all’.

Most cylinder lubricants in use today have been developed for use with typical currently available fuels and for operations in use over previous years. With new fuels coming into play some of which will be bio-fuels not based on oil and others such as methanol and ethanol, the question of matching fuels and lubricants will become more difficult than it has so far been. No doubt some of the potential problems may have been over hyped buy it is equally likely that others will be found as the experience of matching new fuels and lubricants is built.