Back to Normality but on a Bigger Scale

The decline in global shipbuilding that has taken place over the years since 2008 has left many yards and equipment manufacturers in a precarious position with not a few failures already having taken place. It is highly unlikely that there will ever be another period such as was experienced in the first 12-15 years of this century although there is a good chance that there will be a smaller surge in the period between 2020 and 2030 as the bulk of vessels built in the first decade work their way towards scrapping.

However gloomy the outlook may be, it needs to remembered that the recent boom was due almost entirely to the opening up of China and the relocation of manufacturing from the west to Asia. As well as the increase in trade measured in tonne/miles that has taken place since 2000, there have been other drivers in shipyards’ fortunes. 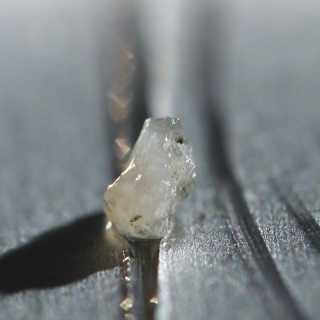 First there was the accelerated phaseout of single hull tankers which saw a large number of vessels scrapped prematurely. Then there was the explosive growth in offshore oil, gas and wind through to 2013 or thereabouts. Another factor has been the impact of EEDI rules which ahs seen some shipowners order tonnage early to avoid having to meet increasingly strict performance standards. The final factor will still be an influence in 2020 and 2025 when new phases of EEDI come into force and potentially again later if the IMO decides on a fourth phase.

The over-tonnaging that affects many sectors of shipping has been brought about for several reasons. The impact of EEDI means construction of ships is sometimes telescoped so as to avoid a new phase but that is something that should correct itself over time as fewer newbuildings will be needed later. Secondly, promised economies of scale have seen owners building larger vessels especially the container and bulk sectors. Mega container ships and New Panamax vessels may be fewer in number than was the case with their smaller predecessors in the years to 2010 but they nevertheless keep capacity increases in the fleet higher than the older smaller vessels would have done.

At the peak of the shipbuilding boom, new merchant, passenger and offshore vessels were being delivered at the rate of 15 vessels per day but that has slowed considerably since. Last year just 1,896 new vessels joined the world fleet. This year’s final figures are likely to be lower still with just 883 ships delivered in the first six months.

Although there are almost 1,800 vessels still undelivered that had an original scheduled date for 2018, the likelihood of even half that number actually being handed over is low. Most of them will have been subject to delay requests and others in the orderbook may never see the light of day. Looking further forward, 2019’s scheduled deliveries cover 1,394 ships, 2020’s just 542 vessels and a further 173 for dates through to 2025. That is one of the slimmest orderbooks that the shipbuilding sector has had for many years.

It is difficult to see any driving factors that would alter the picture any time soon. The current trade disputes between the US, Europe and China would seem to mean an adjustment to cargo volumes as a consequence of both protectionist measures and a repatriation of manufacturing facilities from Asia to the US. Offshore activity is picking up gradually but there is an excess of most vessel types and consolidation among offshore operators has dampened demand due to competition. The cruise sector has remained almost the only bright spot for builders especially those based in Europe which continue to capture the majority of newbuilding contracts.

While the boom years have now come to an end, the figures for the past few years and the current state of orders suggest that the shipping sector has settled back into something like the normality of the pre-boom days.

Repair yards in a good position

Whatever the situation in the building yards may be, it is a fact that there are now more ships in the world fleet that at anytime in the past and that augurs well for repair yards. With a few exemptions for specific types of vessel, all ships are required to undergo regular drydocking for periodic and intermediate surveys as well as for unscheduled visits resulting from accidents and collisions.

In addition, there is not one but several potential sources of additional work that will span the next five or six years. Firstly, there is the need to install ballast water treatment systems in the vast majority of existing vessels. This is a bonanza that has been consistently delayed from the time when the first tranche of affected vessels under the 2004 Ballast Water Convention was due to take effect in 2010. It has been delayed a little further by the IMO’s decision in 2017 but at the same time, the ending of the US Alternative Management System (AMS) dispensation will mean that not every ship will be able to take full advantage of the delays permitted by the IMO.

Tens of thousands of vessels will need to retrofit a ballast treatment system and if the exact number is not certain due to scrapping and possible exemptions granted by flag states, it is more than sufficient to give most repair facilities an extra revenue stream for at least five years. The second source of employment is even less certain with regard to numbers, but a significant number of larger vessels will almost certainly be fitted with scrubbing systems to meet the 2020 SOx reduction.

Despite the earlier compliance date for meeting the SOx rules, there is less urgency about installing scrubbers as ships can continue to trade by burning either a distillate fuel or one of the promised new low sulphur alternatives to conventional HFO. Depending upon price differentials between fuels after 2020 and clarification around future regulation of scrubber use, owners may decide that a scrubber is still financially attractive long after the 2020 date and opt for a later retrofit.

Ballast and scrubber retrofits will provide the bulk of additional work for repair facilities but there are others options that owners are considering. These include the modifications to ships that were built dual-fuel ready to full capability by the installation of gas fuel tanks and systems and the conversion of some ships from oil burning to dual-fuel my way of engine replacement or rebuild. Finally, there is the potential for some owners to look to adding an energy storage system either to complement existing power arrangements or perhaps as a replacement for one of the ship’s generators.•